Ethereum (ETH) is the second most popular cryptocurrency, the first one is Bitcoin. It’s an encrypted cryptocurrency and decentralized open-source blockchain featuring smart contract invented to secure the blockchain. Know more about cryptocurrency.

As the value of Ethereum dropped to $90 per ETH on March 13, 2020, many became suspicious of the Ethereum, and many cryptocurrency users began to think of the Ethereum as frothy. However, many knew that Ethereum would regain its value and cut off the market. Though, the waiting period was getting heavier as the value of Ethereum was not increasing as expected. The key to solving this problem, Canadian programmer Vitalik Buterin, who is seen as the original author of Ethereum, unveiled a new version of Ether called Ethereum 2.0 on August 4, 2020, and today on August 15, 2020, the price of Ethereum runs at $445.45.

Ethereum is the second most valued cryptocurrency so that reaching $1000 per coin isn’t a big deal. Many experts expecting it soon that Ethereum will go to Moon, a big pump already begins and more big is coming.

Ethereum is a tier-two coin and the minimum price of a tier-two coin will be $1000 soon. Experts saying that Bitcoin will hit 200k in the next 20 years and Ethereum (ETH) will hit 10k to 20k at that time. And if history repeats itself, the value of cryptocurrency may be higher than expected.

Here are some pretty extraordinary telegram channels that provide daily updates and future updates based on cryptocurrency: Unfolded, The Bull

Is Ethereum a good investment?

Not only good but also the most secure cryptocurrency decentralized for smart contracts. Ethereum gaining its value near $1000 and experts think this is the time when you get the most profit from it for sure, staking and holding.

When everyone expecting Ethereum to go on the moon and reach its original value $1000 per coin, people buying, holding, and staking ethereum 2.0 to gain the most of the profit, at this point there’s no way to dump.

How did Ethereum come about?

Vice on HBO news made a discussion documentary on Ethereum and its founder about how it came out and how it works. In the documentary, Vitalik Buterin said that when one bitcoin was worth $0.8, he would write an article for someone and get 5 Bitcoins as his equivalent. 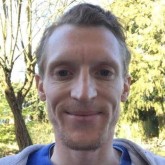